By Christopherwchiu June 26, 2016 No Comments 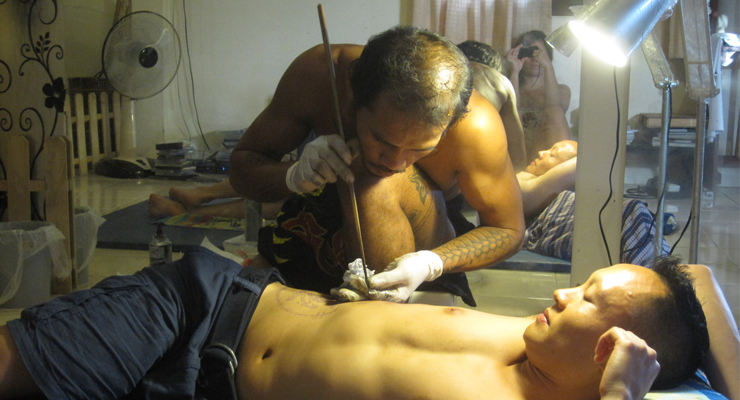 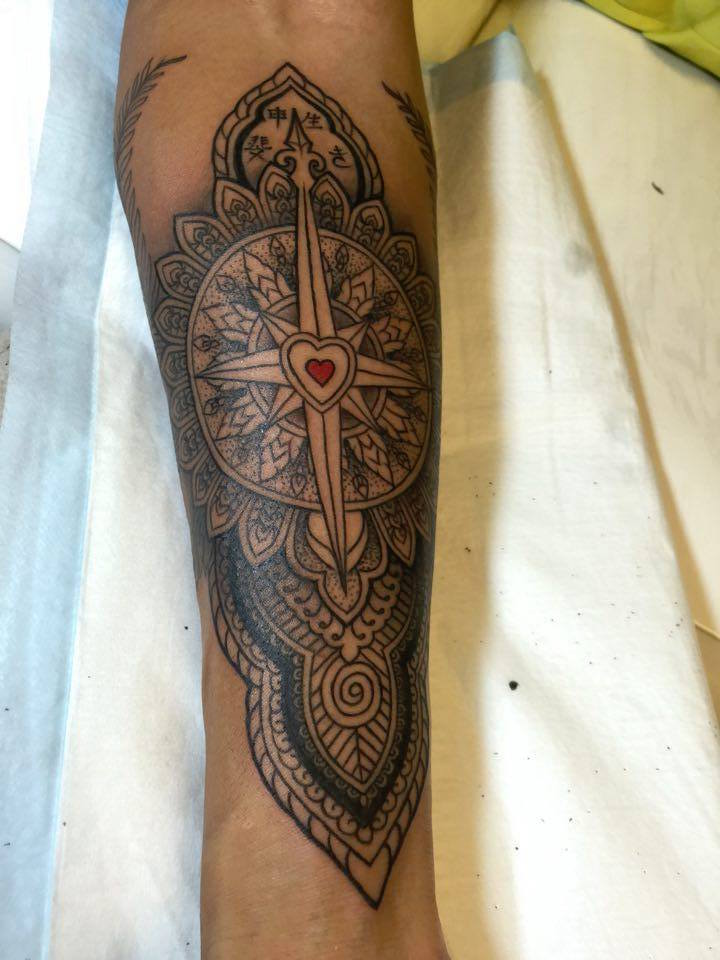 This past Thursday I got my 3rd tattoo done (right inner forearm) in Chiang Mai, Thailand.

They’ve always interested me – not just for their aesthetic beauty, but also for their historical context.

Marking the skin with permanent tattoos is an ancient practice which can be traced back to thousands of years and to many different cultures of the ancient world.

Some used them at different stages of life, as rites of passage or to show an affiliation to a group or tribe.

For me, they symbolize significant events & milestones in my own life. 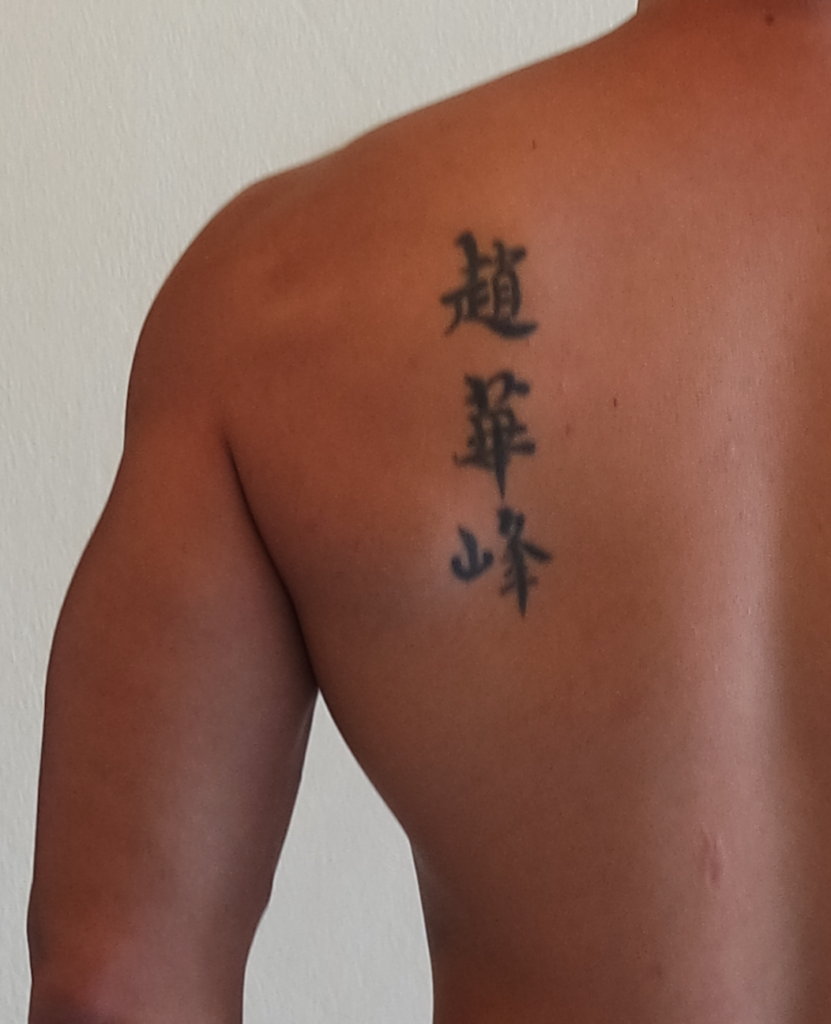 I got my first tattoo done in college – Chiu Wah Fung – my last name & middle name on my left shoulder-blade.

It’s tradition in my family for the paternal grandfather to give the middle name.

My 2 younger brothers are Wah Deng and Wah Sing.

All 3 of us have “Wah” because that denotes one generation in the family lineage tree.

My 2nd tattoo called a “Sak Yant” was from my first trip to Thailand, 4-years ago.

This style of tattooing originated from ancient Cambodia.  It consists of sacred geometrical, animal and deity designs accompanied by Pali phrases that offer power, protection, fortune, charisma and other benefits for the bearer.

Sak Yants can be seen on Buddhist Monks, Muay Thai fighters and even regular Thai’s.

Mine is a picture of Hanuman – the warrior monkey god carrying a victory flag & multiple weapons, while going into battle and riding on top of Singh (a lion – I’m also a Leo).

They originated from the Hindu epic Ramayana and are seen throughout Thai Buddhism. 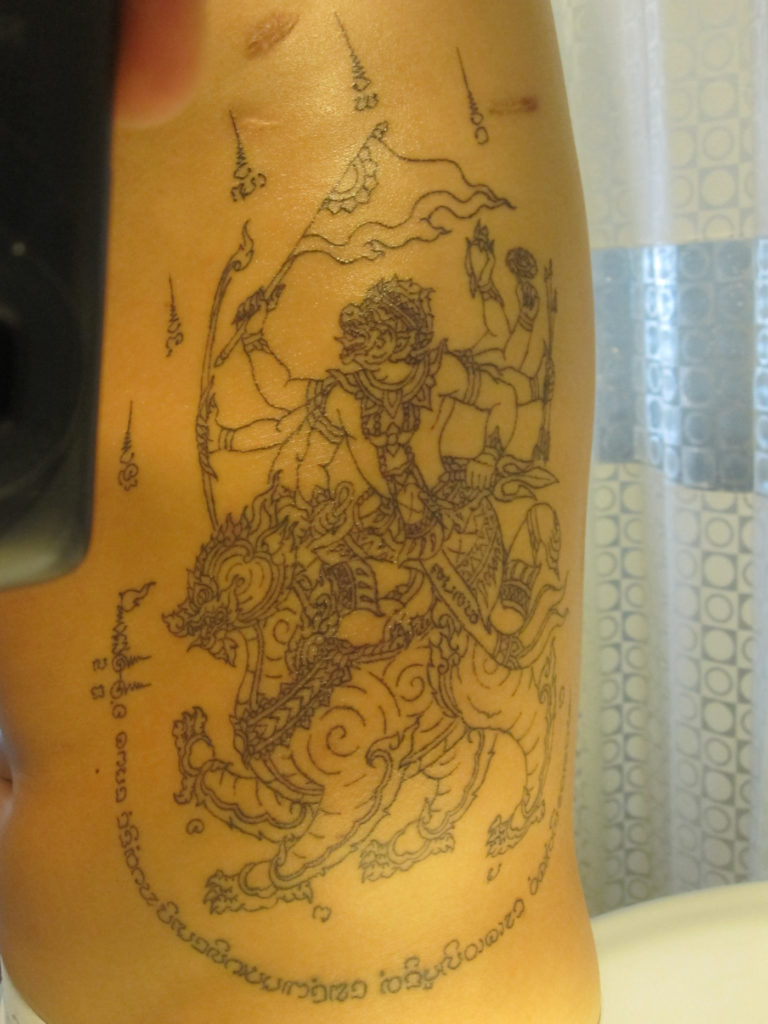 It took 6-hours with the traditional bamboo method with artist Ajarn Oh in Phuket.

I got it for a number of reasons.

One of them is because it symbolized the change I felt deep inside of me – that trip opened my eyes to a different way of living & being.

I had never been to Asia before, nor takin anything longer than a 2-week holiday.

To say those 30-days of uninterrupted travel had an impact on the direction of my life is an understatement.

It lead me to the unconventional & uncharted path of where I am today.
[envira-gallery id=”1327″]

When I stopped by the tattoo shop Thursday, I went in with the expectation of only checking on the progress of the sketches – 4-hours later it was a permanent affair.

For months I’ve been mulling over what exactly I wanted.

In Bali, the concept & ideas finally came together in my head.

For the past few weeks, I’ve been working with Morn the tattoo artist to get it just right. 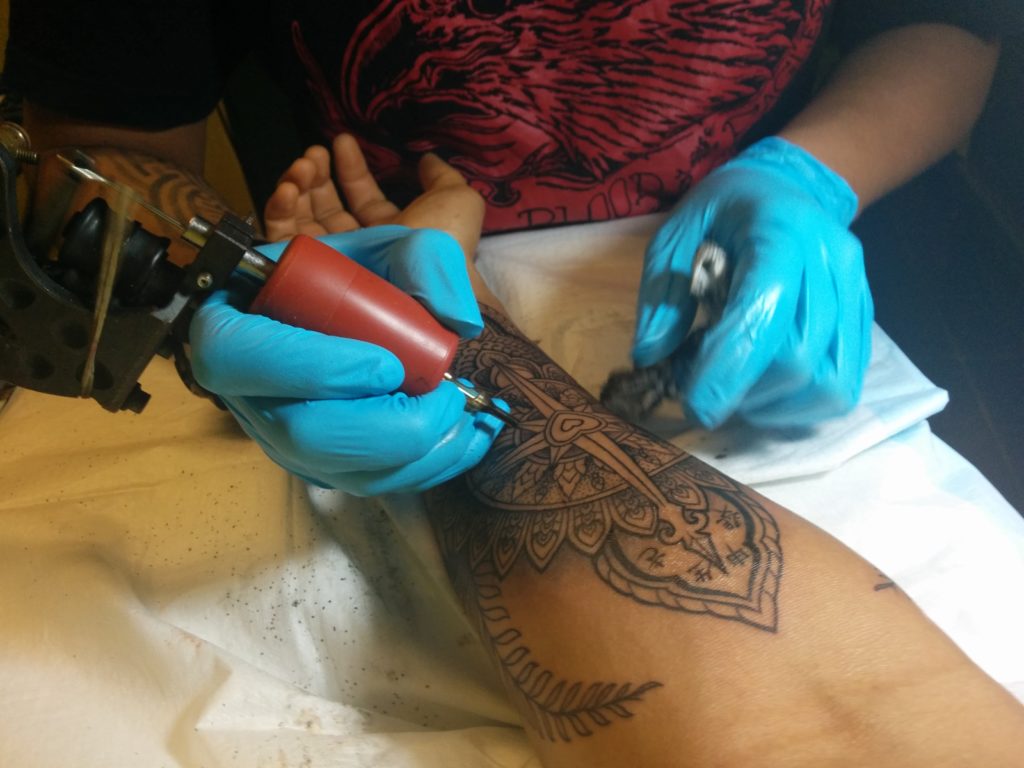 This tattoo represents the past 3-year journey living abroad and all the life-lessons and bigger themes that I’ve learned from it.

It’s a compass inside of a mandala, flanked by laurel leaves on each side.

Each direction has a different meaning, derived from various points on this adventure.

The East has a Yin-Yang symbol in it. 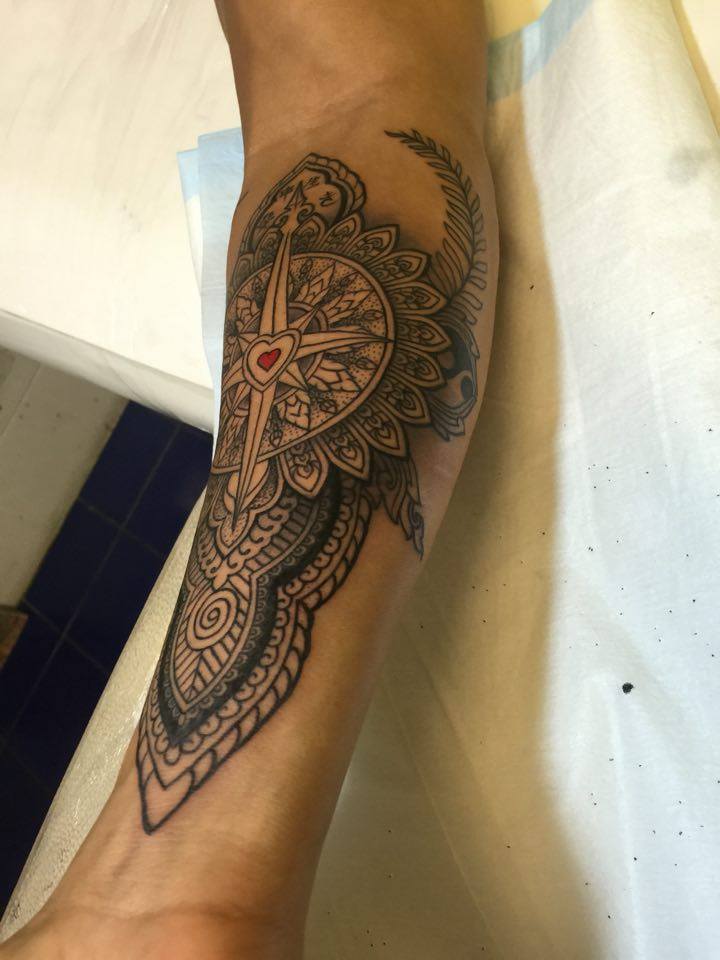 When I left the US, it was in search of balance in my life.

Coming from a crazy NYC-lifestyle, I was clearly lacking in this.

I’ve finally found the right balance in health, relationships & business – and is something I always keep an eye on.

This symbol also represents the Eastern philosophies & practices ie. Buddhism & meditation that have taught me so much about this subject. 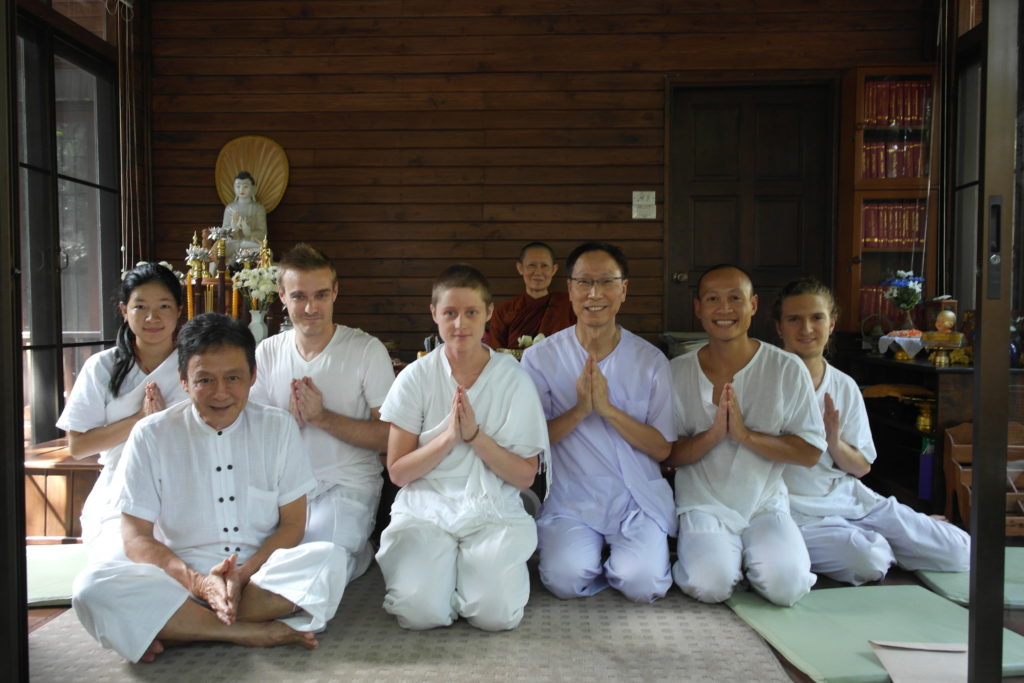 On the Southern point of the compass is a spiral representing my relationships with Mother Earth – Pacha Mama, the Universe, God, the Plant Medicines ie. Ayahuasca & San Pedro, the Shamans that helped with the healing process and the 2 annual pilgrimages (soon to be 3) that I’ve made to South America – Peru, Ecuador & Colombia.

(Bought this in the Sacred Valley, Peru on my first trip)

These trips have done wonders for my mental & emotional wellbeing and left a deep impact on me.

Without their guidance & support – I would not be where I am today. 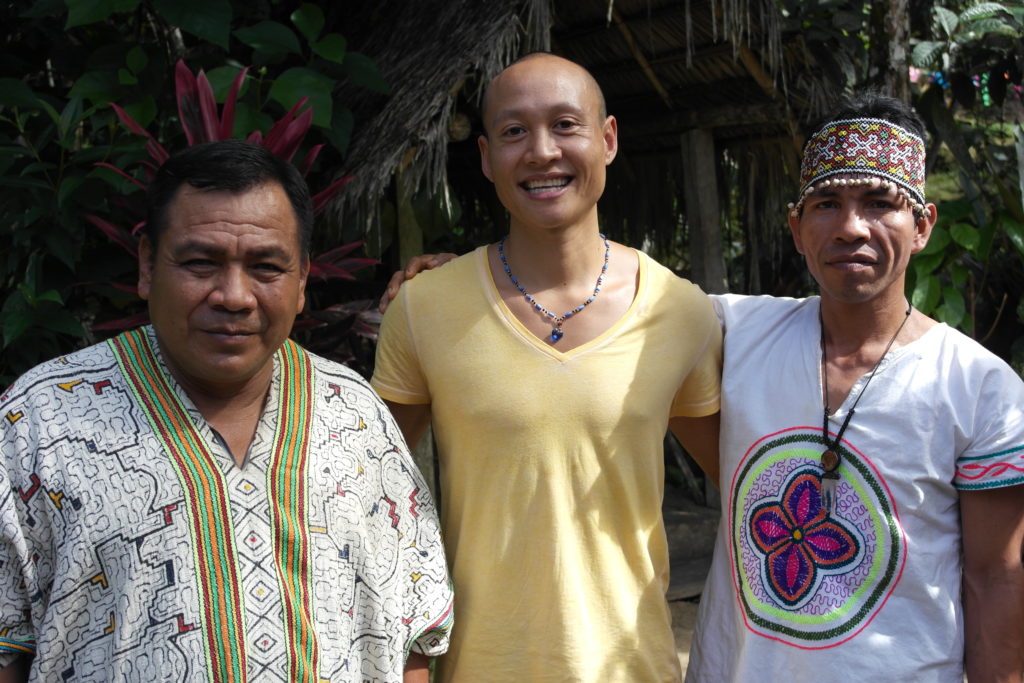 The West contains a feather – representing all my friends & family across the globe.

All the special people I’ve encountered that have shaped my experience and left a ripple in my life.

My soul brothers & sisters – My Tribe.

This journey would be lonely if I was alone. 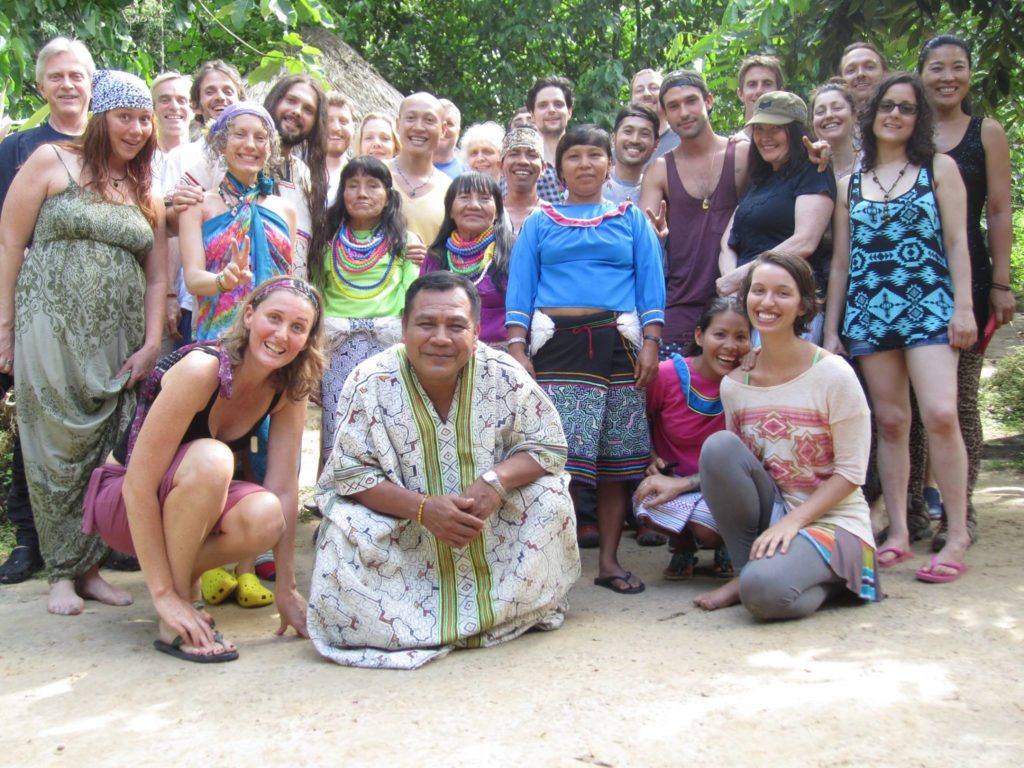 (Ayahuasca Retreat at Temple of the Way of Light – Iquitos, Peru)

The Northern point contains 4-characters for the word Ikigai (生き甲斐), a Japanese concept meaning “a reason for being”.

I’ve finally found my purpose in life and have my Northern Star to guide me in the right direction.

Thank you to my friend Hitomi for helping me with the proper placement of the characters.

From Wikipedia – Everyone, according to the Japanese, has an ikigai. Finding it requires a deep and often lengthy search of self. Such a search is regarded as being very important, since it is believed that discovery of one’s ikigai brings satisfaction and meaning to life.

The term ikigai is composed of two Japanese words: iki (生き), referring to life, and kai (甲斐 ), which roughly means “the realisation of what one expects and hopes for”.

In the culture of Okinawa, ikigai is thought of as “a reason to get up in the morning”; that is, a reason to enjoy life.

Kobayashi Tsukasa says that “people can feel real ikigai only when, on the basis of personal maturity, the satisfaction of various desires, love and happiness, encounters with others, and a sense of the value of life, they proceed toward self-realization. 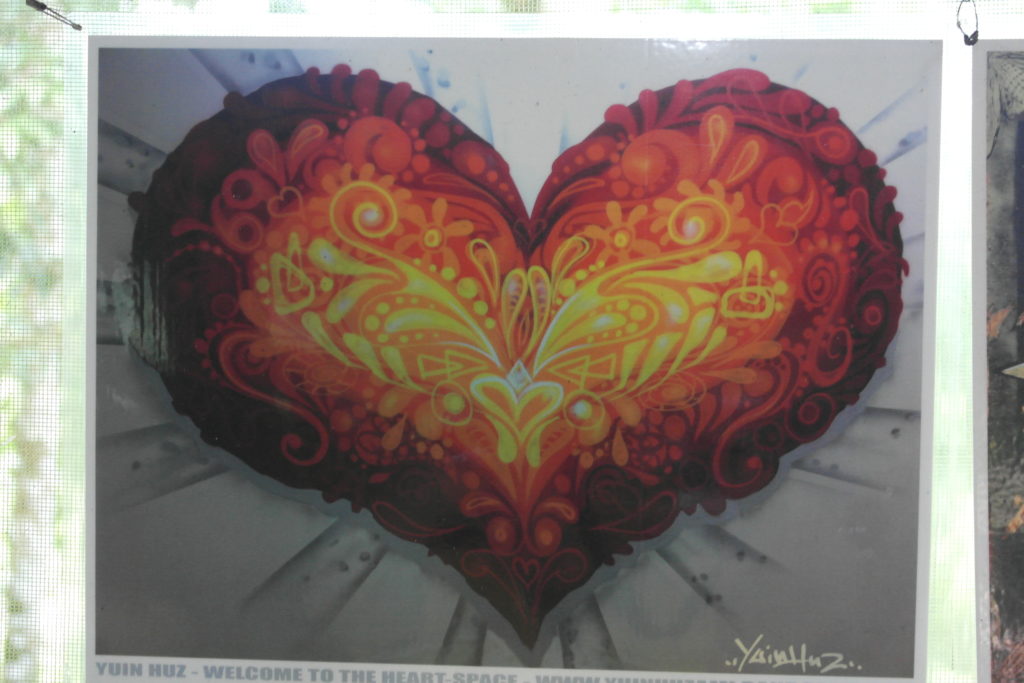 Lastly, there’s a red heart in the center of the compass which is what I’ve been using to lead me on this path.

It symbolizes listening to & trusting my intuition and those quiet voices in my head.

By going on this journey, I’ve been able to break down the walls that previously guarded my heart.

This has allowed me to really see what’s inside & reconnect with it.

And through this – it’s taught me how to live openly with my heart. 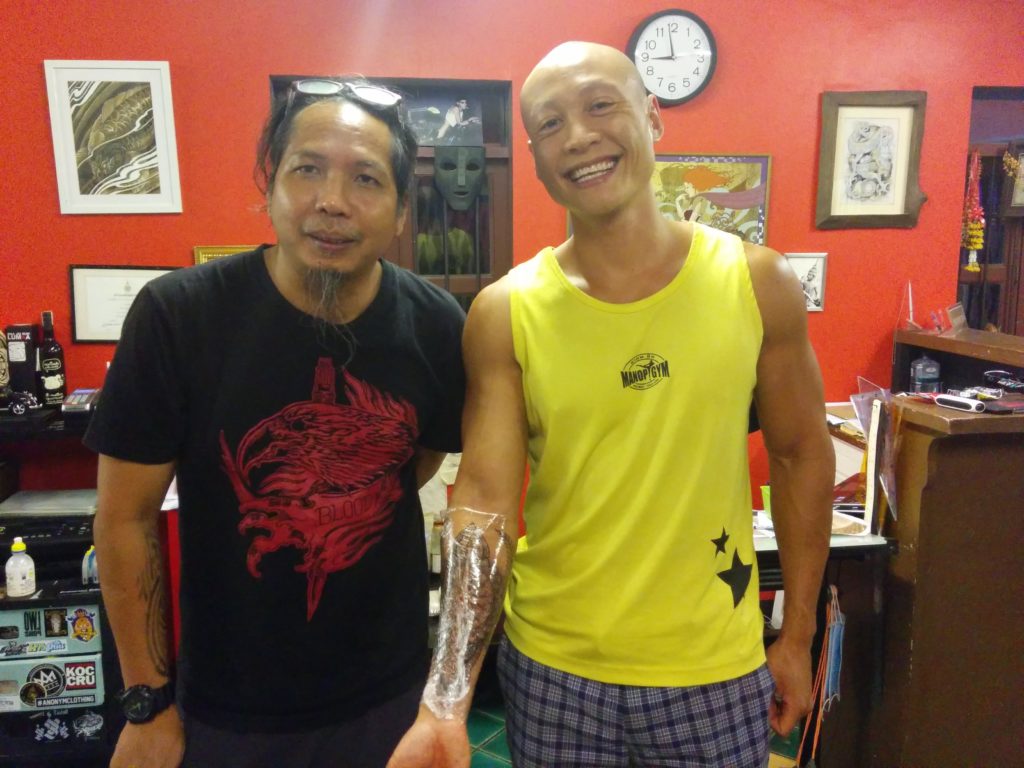 Thank you sir for this beautiful amazing piece ????

(Thanks Linda Hong for the reco’d).

I’ve attached pictures below from the various sources I pieced this tattoo from.